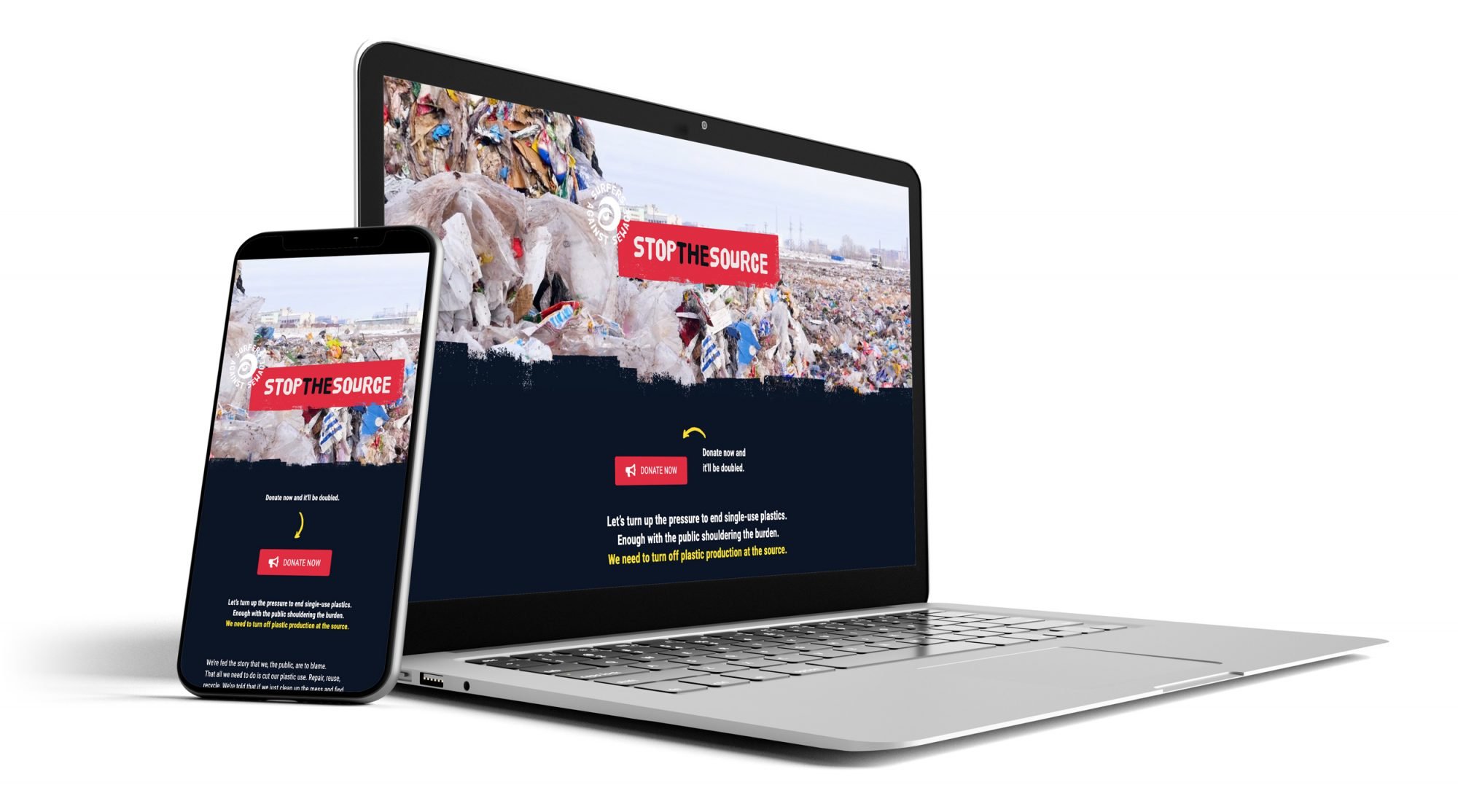 Surfers Against Sewage approached us to create an appeal for them. The appeal was to run over a period of a week, during which time money raised would be matched by The Big Give.

The brief for the appeal was that it should relate to the theme of plastic pollution, should have its own identity but use elements from the Surfers Against Sewage brand, should be hard-hitting and, most importantly, drive people to donate.

We created the campaign from the ground up, starting with proposition development to ensure that the appeal messaging tied into the work that Surfers Against Sewage do. From this we developed multiple creative concepts, looking at different ways of presenting the subject and the most effective ways of asking for financial support.

We created a striking visual identity for the appeal, which we applied to designing the appeal landing page and a suite of images to use in social posts. We developed the email supporter journey and wrote the landing page and email copy.

We created a video (above) for use on the landing page and on social, that visually demonstrates the journey of plastic from source to sea and the devastating impact that it has on the natural world.

We ran a workshop session with the team at Surfers Against Sewage to look at the different areas of their work, particularly those in the areas of microplastics, corporate pollution, beach cleans, bottle return schemes. We explored how they talk about this work to their supporters and how they can demonstrate their impact.

From this information we were able to develop three different appeal propositions that were credible, powerful and appealing. Each of them demonstrated clearly to supporters that donating to Surfers Against Sewage will make a direct difference to tackling plastic pollution.

// Bringing it to life

The appeal message aligns with work that Surfers Against Sewage are doing to hold plastic producers to account. The copy creates a sense of urgency and sets out how donations will make a tangible difference to the problem. The concept highlights the problem through hard-hitting 'documentary' style imagery and footage of the devastating effects of plastic waste.

// Driving support for the appeal 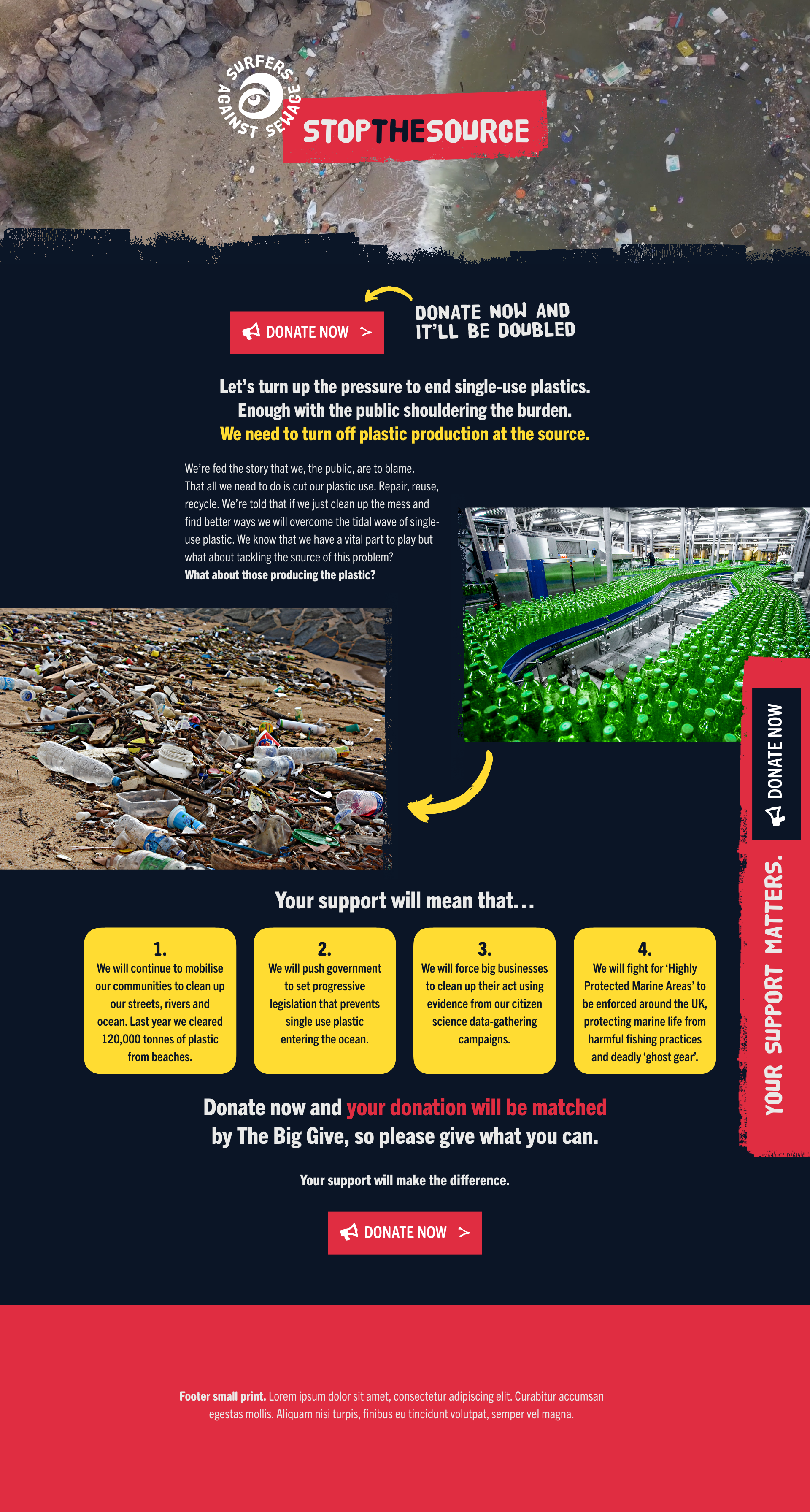 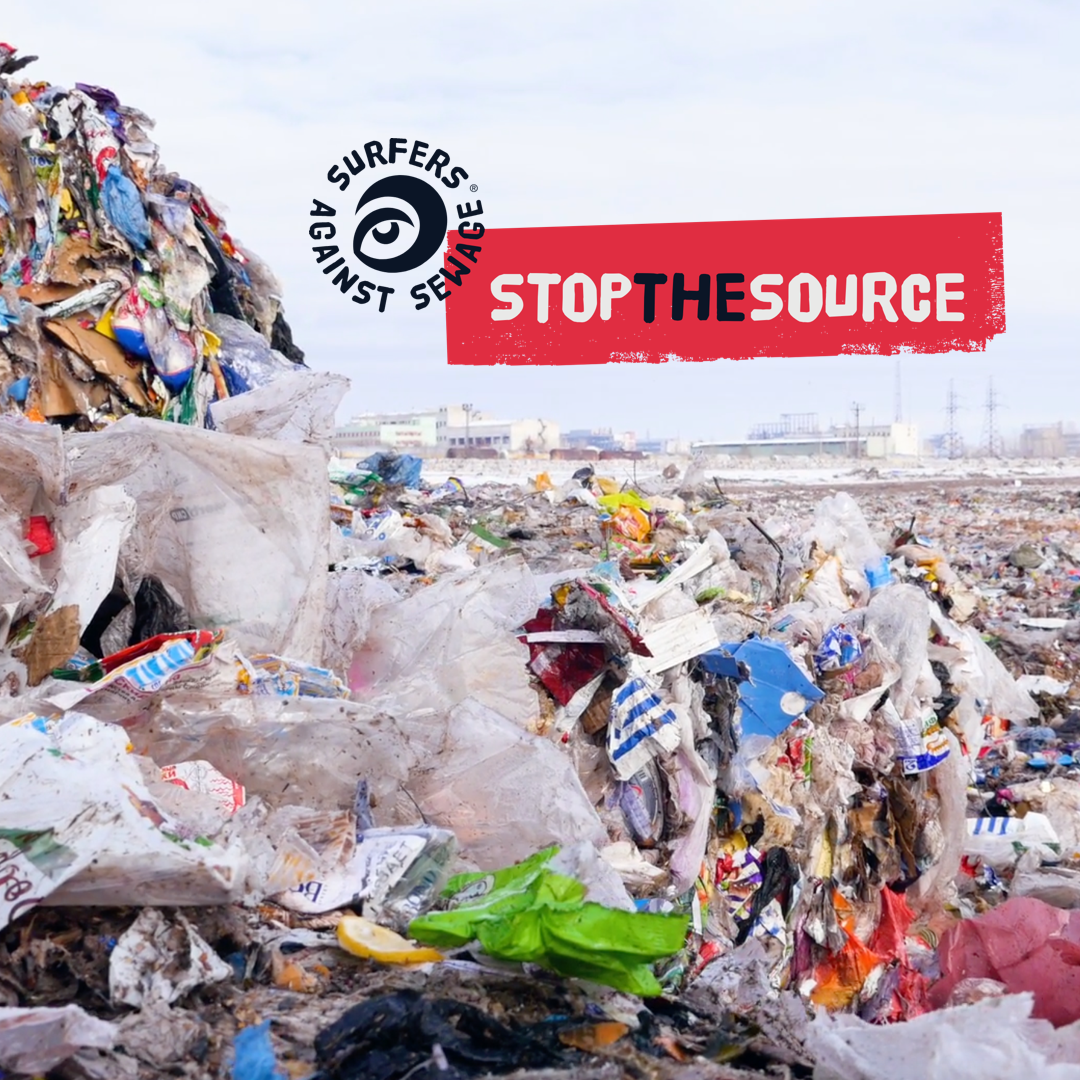 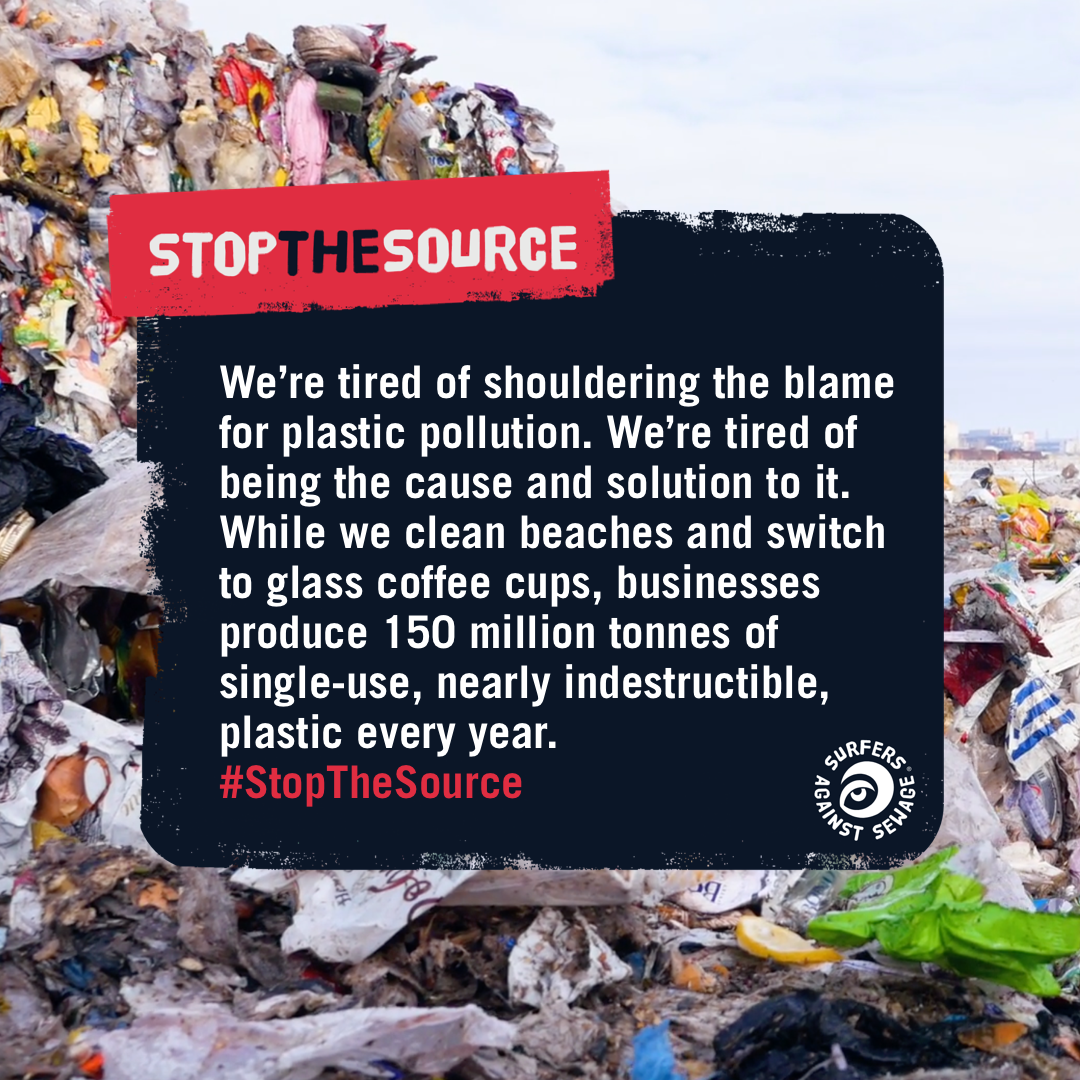 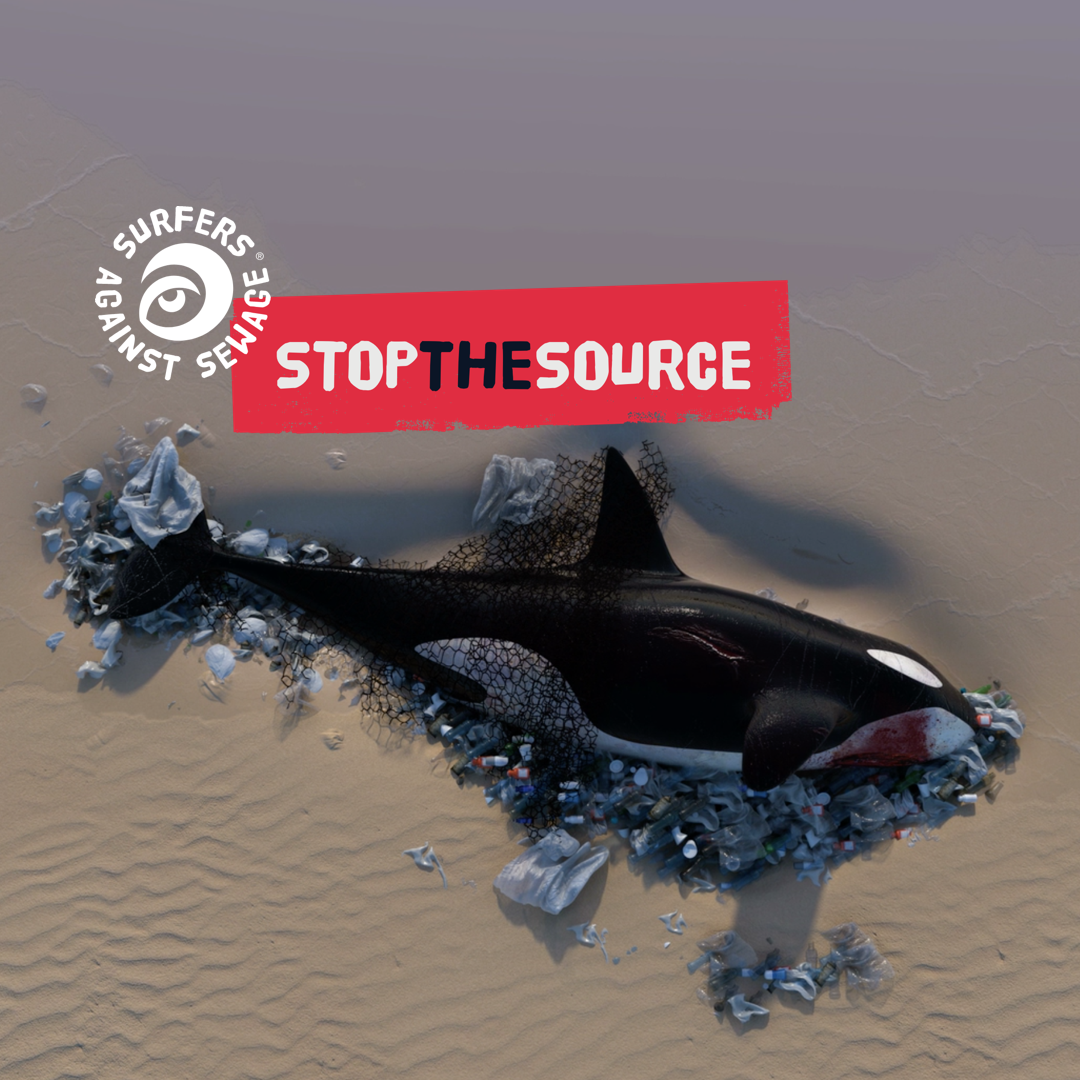 // What happened with the appeal?

The appeal was a tremendous success and smashed its total fundraising target within the first 24 hours.

Stop The Source has also helped Surfers Against Sewage reach a new fundraising audience, with more than 50% of donors to this appeal being new contacts for the charity.